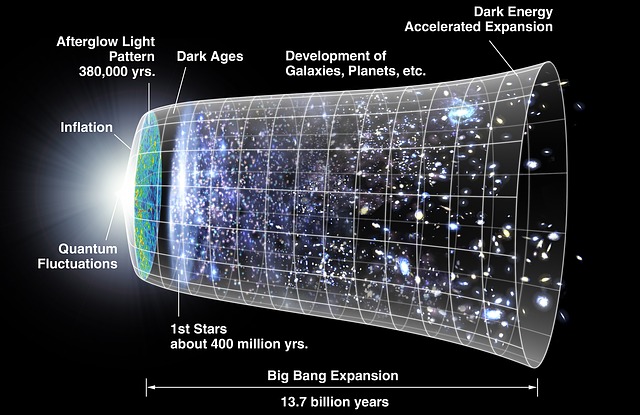 Before big bang – Inflation (more or less dense universe) might have happened. Universe had violet expansion before hot big bang

If there is difference in 4 forces strengths on earth life may not exist, it is a merely coincidence.

Theory of one universe

Our universe expand and then contracts to create a big bang again, this theory is called the Theory of Eternal Universe.

Fate of the universe – how it will end

Second law of thermodynamics, with time things gets more disordered.

Star formation rate has slowed down to half from 10billions year to today.

Even though our universe dies but new universes keep coming. Our research can become like religion books in far future world.

On your marks to great journey.

Please try again after some time.